I've no choice but to post this video w/ Michael Voris whom we do not support here, because as far as I can tell, Voris is the only one I can find who is doing a piece on this.

LETTER FROM THE HIGH POWERED ATTORNY OF THE VATICAN

I know Matthew and I agree with you, but this is quite important.

If the Vatican is now taking to suing regular Joe's then no one is safe including the Crusaders.  Mind you of course, we are terribly small and pose little to no threat and more than likely will never have this happen but still this is something all Traditional Catholics need be aware of.

I wonder if faithful Catholics can sue this priest and other members of the curia for not upholding the teachings of the the Catholic Church and Our Lord Jesus Christ?

Uh oh, maybe I spoke to soon.  We had an unusually high rate of traffic on here yesterday so I checked the analytics to see if I could find out where it was all coming from.  We've been linked to something called Vatican Radio.  They linked to us with this article HERE

I wonder if faithful Catholics can sue this priest and other members of the curia for not upholding the teachings of the the Catholic Church and Our Lord Jesus Christ? 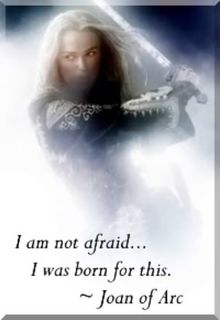 You know, after I found that article and posted it (as quick as I could...), Edward Pentin's site crashed....right after it appeared on it.   Very strange (but if one thinks about it, not really!)  It was out for a day or so.  Life is stranger than fiction.  We are living in really, really, extraordinary times.

Uh oh, maybe I spoke to soon.  We had an unusually high rate of traffic on here yesterday so I checked the analytics to see if I could find out where it was all coming from.  We've been linked to something called Vatican Radio.  They linked to us with this article HERE

Re Lawsuit threatened Against Vox Cantoris:

On behalf of all faithful Catholics everywhere, I would like to thank Fogler, Rubinoff LLP for their recent actions that have done so much to publicize the scandalous behavior of priests such as Thomas Rosica, CSB. Had it not been for Fogler, Rubinoff’s role in the bullying of an honest and courageous blogger, the public would still have general knowledge of how the upcoming Synod is being manipulated to undermine the Faith and promote immoral behaviour, but the name of one of those responsible would be less well-known.

Thank you once again.

As most readers know, a traditional Catholic blogger, David Anthony Domet, who blogs at Vox Cantoris, has been threatened with a law suit by Vatican spokesman Fr. Thomas Rosica, CSB, for daring to author posts calling attention to the priest’s actual words and deeds.

In addition to his work for the Holy See, Fr. Rosica is the founder and CEO of Salt + Light Television, a Canada-based network dedicated to building the church-of-man that emerged over and against the Church of Christ following the Second Vatican Council.

Those unfamiliar with Rosica’s heterodox orientation can learn everything they need to know by viewing his 2012 interview of uber-heretic Gregory Baum (available below), wherein he gushed with praise for the notorious dissenter like a twelve year old school girl at a backstage encounter with Justin Bieber.

Ironically, Fr. Rosica is a member of the Basilian Fathers, the spokesman of which, Fr. Timothy Scott, recently made news by issuing a Tweet suggesting that His Eminence Raymond Cardinal Burke should “STFU.”

It is unclear just how commonplace such undignified behavior is among the Basilians at large, but in any case, Fr. Rosica is more than doing his part not to be outdone in classlessness.

In a letter to Mr. Domet, Fr. Rosica’s attorney, Nina Perfetto, quoted a total of nine statements made on Vox Cantoris that allegedly caused damage to her client’s “reputation, work and service to the church [sic].”

She also claimed that the posts have “had direct ramifications on Salt + Light;” a clever move that suggests that Fr. Rosica, should he in fact choose to further embarrass himself by pursuing legal action, will use the network’s assets to financially destroy Domet, an ordinary family man who appears guilty of no more egregious a crime than thinking and behaving like a Catholic.

In all of this, I can’t help but think of Our Blessed Lord’s words spoken during the Sermon on the Mount, and just how short Fr. Rosica is falling in modeling them:

Blessed are they that suffer persecution for justice’ sake: for theirs is the kingdom of heaven. Blessed are ye when they shall revile you, and persecute you, and speak all that is evil against you, untruly, for my sake: Be glad and rejoice for your reward is very great in heaven. For so they persecuted the prophets that were before you. (Mt 5:10-12)

It doesn’t take an awful lot of research into the positions held by the personalities involved in this case to discern which one is playing the part of the persecutor and who is filling the role of the prophet.

Even so, let’s just say for the sake of argument that Fr. Rosica, a powerful cleric with international connections, really is being wrongly portrayed by Domet.

In other words, let’s assume that the collared Canadian media mogul truly has no other agenda than to uphold the immutable doctrines of our Holy Catholic Faith.

How does his threat to sue a blogging member of the flock over perceived insults serve to reflect his pure intentions?

It doesn’t; in fact, it tells a contrary tale.

Threatening Domet with legal action is so entirely out of step with the behavior of a cleric laboring for the Lord’s sake that it provides strong circumstantial evidence (to continue the legalistic theme) that the priestly plaintiff is anything but a righteous victim.

Interestingly enough, the very next verses in the Sermon on the Mount are those that lent Fr. Rosica’s network its name:

You are the salt of the earth. But if the salt lose its savor, wherewith shall it be salted? It is good for nothing anymore but to be cast out, and to be trodden on by men. You are the light of the world. A city seated on a mountain cannot be hid. (Mt 5:13-14)

Can anyone even imagine an example of “savorless salt” more poignant than a priest called to act as a liaison with media members, in the name of the Church, who threatens to sue those writers with whom he disagrees?

If nothing else, Fr. Rosica has managed to shine a light on the simple fact that he deserves to be “cast out;” i.e., he has shown himself to be unqualified for his current position in the Holy See Press Office.

Unless, of course, the powers-that-be, in the lead-up to Synod 2015, are keen on the idea of intimidating Catholic journalists who have the audacity to hold the sacred hierarchy accountable for their duty to safeguard the sacred deposit of Christian doctrine.

We’ll keep a close eye on this story to see precisely where it is headed.

In the meantime, please join me in keeping David Domet and his family in your prayers.

*Update on this situation*

What a wonderful Catholic world

I want to take this opportunity to express to the thousands of Catholic people around the world a thanksgiving from myself and my family for the outpouring of prayers, rosaries and Masses, sacrifices of personal illnesses offered up, emails, Tweets and comments. However, there is one in particular which was incredibly moving and prayerful. A few days ago, Mr. Gareth Thomas of Spain did a most wonderful thing. As a result of that gesture of fraternal charity, I received a letter which was overwhelming in its beauty and wisdom. Please let us remember that all is not lost and that there are many fatherly and faithful Shepherds in the Church and one of them is His Excellency Athanasius Schneider.

It has been one week since my last blog post whatever that was about, it seems so long that I can hardly remember. I've been itching to get back. First, I have no doubt that you all want to know what is happening with whatever it is that has kept me away from blogging. Let me say simply that "Patience is power" according to Venerable Fulton Sheen and "Patience is not an absence of action; rather it is "timing" it waits on the right time to act for the right principles and in the right way."

Rome seems to be in chaos, eh? We have the theft of the book by the five Cardinals for the Synod Fathers Remaining in the Truth of Christ (which was my Christmas present from Fox) to the admission by the much troubled Theodore McCarrick (you can search for the filth) a retired Cardinal from Washington. Seems that they just can't resist a video camera. Thank the LORD for the Internet. It seems that the octogenarian eminence was "lobbied" to vote for Jorge Bergoglio. "Talk him up!" he was told.

Well that is lobbying and it is against Canon Law; but then, one would need to have respect for the law to obey it.  There are some pretty serious implications to this -- from the potential of excommunication to the calling into question the factors around the overall election of Pope Francis and its implications.

Life was getting too soft since I married Fox. I've been given a cross and it is heavy laden to be sure but it is not fair to her ; because of your prayers and Masses and the One whose "yoke is easy and his burden is light" it is not too hard for us to carry.