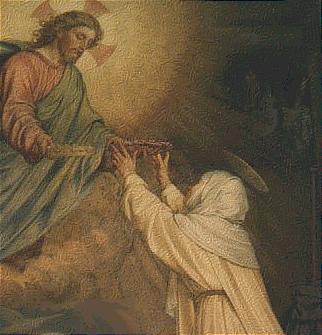 Litany of Penance
Antiphon: They that are whole, need not the physician: but they that are sick. I came not to call the just, but sinners to penance.


V. Wash me yet more from my iniquity,
and cleanse me from my sin.
R. Thou shalt wash me, and I shall be
made whiter than snow.

God of all goodness, Who willest not the death of a sinner, but rather that he should be converted and live,

Have mercy on us.*

Who pardonest not the Angels that sinned, but cast them down to hell for all eternity,*

Who, when Adam fell, didst call him to confession and repentance for his sin,*

Who didst preserve Noe from the flood, and from the lot of the ungodly, but saving him in the ark,*

Who didst draw Lot from the midst of sinners,*

Who, softened by the prayers of Moses, didst forgive the sins of the backsliding people,*

Who didst pardon the sin of David, after his confession and repentance,*

Who didst spare Achab when he humbled himself in penance,*

Who didst graciously hear the penitent Manasses, and establish him on his throne,*

Who didst grant pardon to the Ninevites when they did penance for their sins in fasting, and in sackcloth and ashes,*

Who didst succor the Machabees, when they fasted and lay in ashes,*

Who didst command Thy priests to weep, and pray, and offer sacrifice for the people,*

Who didst come into the world to save sinners,*

Who when Thou wouldst redeem the world, didst send as Thy messenger John Baptist, the preacher of penance,*

Who didst prevent, with Thy grace, Matthew, sitting at the receipt of custom,*

Who didst bear witness that the publican, humbly striking his breast, was justified,*

Who didst deliver the paralytic from his infirmity, when Thou hadst forgiven him his sins,*

Who, by the example of the prodigal son, didst offer to sinners the hope of pardon,*

Who didst make known to the woman of Samana the fountain of living water,*

Who didst bring salvation to the house of Zacheus, repenting of his sins, and making restitution fourfold,*

Who didst exercise Thy mercy in behalf of the woman taken in adultery,*

Who didst receive publicans and sinners, and didst eat with them,*

Who didst forgive Magdalen her many sins, because she loved much,*

Who, looking tenderly on Peter, who denied Thee, didst bring him to compunction and to tears,*

Who didst promise Paradise to the penitent thief,*

Who lovest all Thy creatures and hatest nothing that Thou hast made,*

Who givest to sinners both place and time for repentance,*

Who didst come to seek and to save that which was lost,*

Who hast pity on all men, and hidest the sins of those who truly repent,*

Who would have mercy, and not sacrifice,*

Who, when we repent, rememberest our sins no more,*

God, most merciful and patient, tender and loving-kind, notwithstanding our sins,*

We sinners: Beseech Thee to hear us.
That Thou wouldst vouchsafe to lead us to a true repentance,

We beseech Thee, hear us.**

That we may judge ourselves, and so escape Thy judgment,**

That we may bring forth in due time worthy fruits of penance,**

That, denying ungodliness and worldly desires, we may live soberly, justly and godly,**

That sin may not reign in our mortal body,**

That we may not love the world, nor the things of the world,**

That we may work out our salvation with fear and trembling,**

Lamb of God, Who takest away the sins of the world:
Spare us, O Lord.

Lamb of God, Who takest away the sins of the world:
Graciously hear us, O Lord.

Lamb of God, Who takest away the sins of the world:
Have mercy on us.

O gracious and merciful God, look with compassion on the frailty of our mortal nature, and sustain our endeavors by Thy grace, that, through Thy boundless mercy, we may obtain the pardon of all our sins, persevere constantly in Thy service, and in the end attain unto everlasting life. Through Jesus Christ Our Lord, Who with Thee and the Holy Ghost livest and reignest, one God, for ever and ever. Amen.