From the original poster~ "A 'Thirty Day Prayer to the Blessed Virgin Mary ' was said by many Catholics during troubled times in their lives up until Vatican II.... For hundreds of years Catholics revered this prayer especially during Lent. We have copied it exactly as it appeared in the old prayer book.…
Continue

Please join the Holy Sacrifice of the Mass from your computer, tablet or smartphone.  Ensure that your camera and microphone are off or disconnection might happen.
https://www.gotomeet.me/Start2Finish

I am preparing for a Welsh Pilgrimage on 29th March (the day before St David's day) with family and some friends. Please pray for us that is is gracefilled and produced the fruit we need. We will take the intentions of the Crusaders.

Novena to Saint Gabriel of Our Lady of Sorrows

Novena to Saint Gabriel of Our Lady of Sorrows

Almighty God, Father of mercies and giver of all good gifts, I come before Thee to honor Thee in Thy Saints and to ask their help in my many needs Thou hast promised those who ask, would receive, those who seek, would find, those who knock, would have doors opened to them. Hear…

This text is an appendix of the book “The soul of the Apostolate”, which was a favorite book of Pope Saint Pius X. The good Pope said he left this spiritual masterpiece by…

My husband v and I prayed the rosary walking up the Tor followed by prayers with others Trads at the top ( collect from the Mass venerating Blessed Richard Whiting (abbot and martyr d. 1539) and singing, “Faith of Our Fathers” - lovely.

I noticed that 4 Roman Catholic Martyrs of the The Reformation are commemorated by a plaque on 100, Holywell Street in Oxford.

I will be exploring Oxford today in the hopes of finding the plaque commemorating the Welsh bartender / Reformation Martyr Humphrey Prichard: 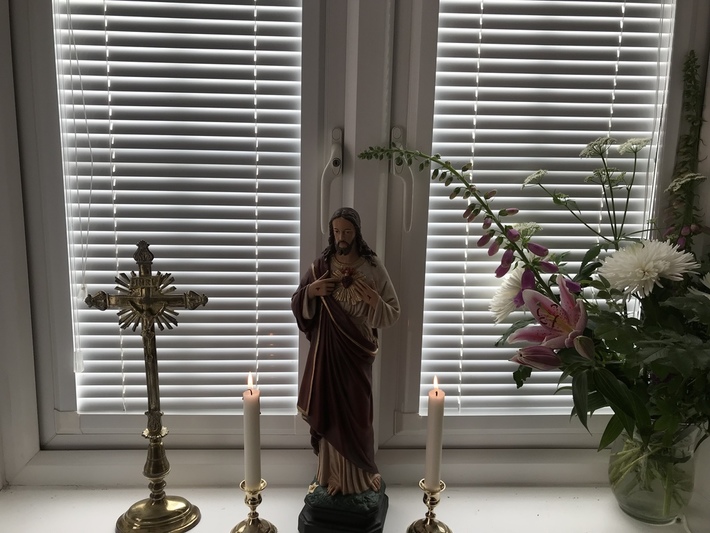 What an amazing and grace filled weekend! We went up to visit the Sisters, and to attend their Oblation. We discovered a rather beautiful hidden grace:

...I've been turning things over in my head - how the Society of the Apostles of Jesus and Mary (SJAM) was the original and remained the private name for the SSPX as designated by Abp Lefebvre. As Sr Mary Élisabeth discovered, it is the name given in the original Statutes!…
Continue

this saying has remained popular. It of course originated from the touching of  the wood of the True Cross, the most prized relic. Many a Catholic would venerate such a relic before setting out on a hazardous task.  Today most people are satisfied with touching any piece of wood as a substitute. By tradition the wood of the Cross  was from the aspen tree, which is why it always trembles.

I just came back from Oxford (I'm attending some lectures - The Great Ruins: Six English Medieval Abbeys in Context) Quite interesting but I read out that the general public can still attend lectures and classes (not tutorials) really cheaply - Basically you could study full time using Oxford University free / min cost Lectures and classes - cool for students taking a year out I thought...Especially if you wanted to learn beginner Latin and Greek or Medieval Philosophy, Logic, Metaphysics…

On Thursday, 23rd October 2018, I trundled across the M4 into Wales - to The Church of St. David, in Llanthony an ancient chapel that provided a recuperation place and a haven of peace for the tired St. David (Sant Dewi in welsh) in the 6th Century, after serving the missions across the mountains of Wales on foot and sometimes on a mule.  I was distracted by so many earthly concerns that I'd like to request prayers for the intentions of that pilgrimage together with… 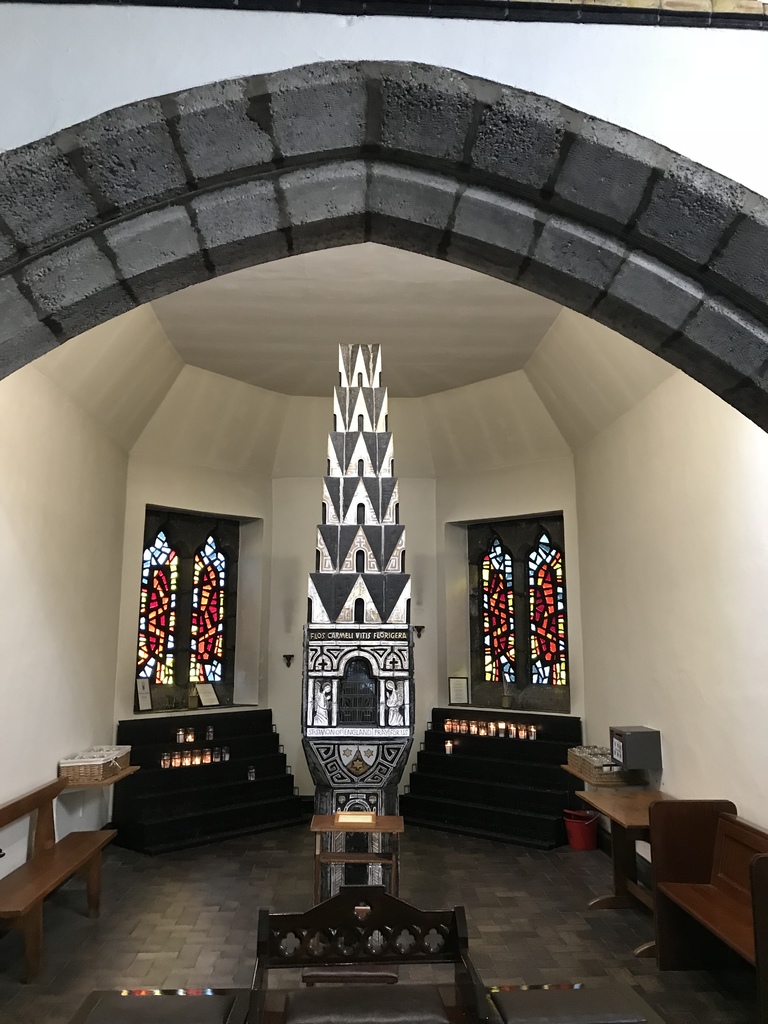 yesterday on the 18th August I took a pilgrimage to the Carmelite monastery in Aylesford where St Simon Stock received the scapular from Our Lady of Mount Carmel in a vision. She promises that those who wear the brown scapular will not perish in the eternal fire.

The list of prayer intentions for the St David Lewis pilgrimage had several immediate answers: a baby was saved from abortion, an apprenticeship is being discussed, the headaches of a gentleman with a brain tumour are not related to the tumour...

Lord God almighty through the intercession of the Saints of the Reformation grant us the miracles that will save our souls . Amen.

Simultaneous Pilgrimages in Reparation for the Reformation

There have been talks of starting a sort of "Companions of the Reformation Martyrs" group for several months, here in the UK, we have not officially got our "act together," as such but between us we have made a mini pilgrimages to some of our favourite Martyrs. On November 15th both Abbot Richard Whiting in Glastonbury and Hugh Faringdon of Reading Abbey were visited and prayed at by St Michael's parishioners and St Saviour's parishioners simultaneously. Several of us visited their places of…

Thanks for my birthday greetings

I only "homeed" one A Level subject but nevertheless we seem to have got something right! Tom's first year of A Level results came through this morning and he got an A - so pleased that trawlling through the…

I repost this because a friend I know said that it helped her when I sent it last yearand St Thomas Aquinas is popping his head up in my life quite regularly at the moment.…