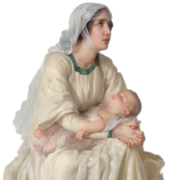 Saint Benedict's Own Monks Try to Poison Him

Saint Benedict's Own Monks Try to Poison Him 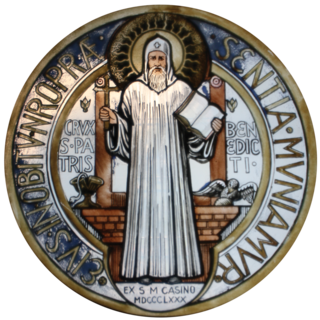 St. Benedict in seeking God early on became known in the region for his holiness. Eventually a group of monks sought him out, asking him to be their superior. He very reluctantly accepted. These first monks who tried to live under Benedict's direction hated his regimen, so much so they plotted to kill their abbot. They put poison in a glass of wine and offered it to Benedict. Before he took it, he blessed it, as was the custom. According to the story told by Pope Gregory I (Benedict's biographer), when Benedict made the sign of the cross over the wine glass, it shattered, and the wine spilled to the floor.Benedict, Gregory wrote, "perceived that the glass had in it the drink of death," called his monks together, said "Almighty God have mercy on you, and forgive you: why have you used me in this manner? Did not I tell you before hand, that our manner of living could never agree together? Go your ways, and seek ye out some other father suitable to your own conditions, for I intend not now to stay any longer among you." With that the Saint left.