How much the Mercy of God Appears in the Conversions of St. Paul and David 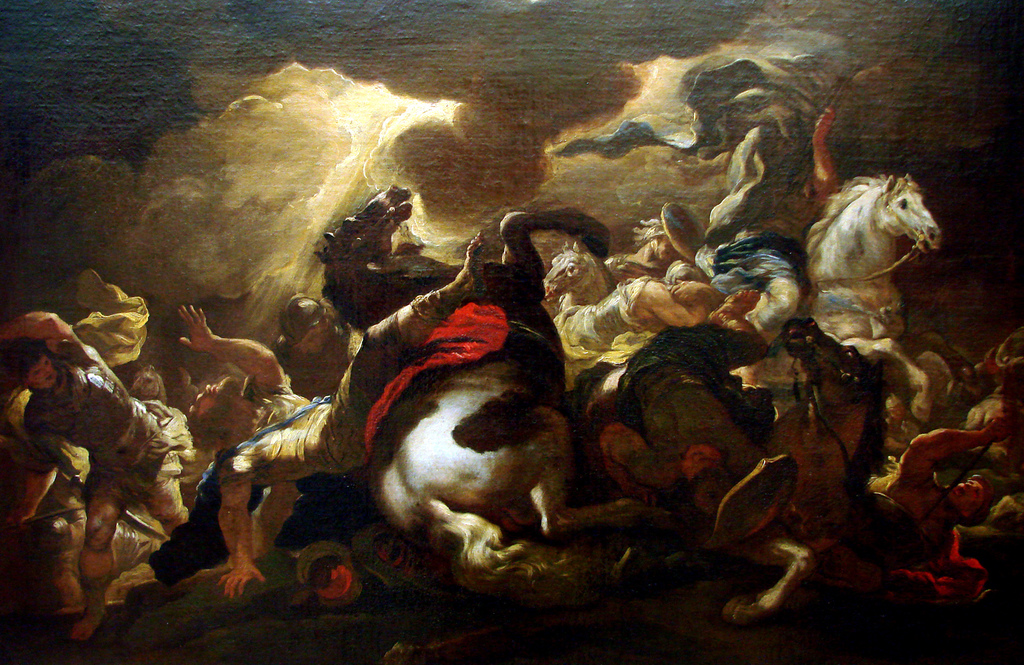 How much the Mercy of God Appears in the Conversions of St. Paul and David

When the Savior came into the world, men had arrived at the height of malice. Among the Jews, the laws "were in the hands of Annas and Caiphas, than whom none could be more wicked. Herod reigned in Galilee, Pontius Pilate presided in Judea.

It was at this time, I say, that God came into the world to redeem us, and to deliver us from the slavery of sin and the tyranny of our enemy: impelled by His immense goodness alone to communicate Himself to us. Truly the heart of our divine Savior and Master was all full of mercy and meekness towards the human race, and He gave many admirable proofs and testimonies of it on innumerable occasions when His mercy made His greatness shine forth, as we read in various portions of the Holy Scripture.

When was St. Paul forgiven, unless when he had arrived at the height of malice? Every one knows that at the time of his conversion, he was in the midst of his greatest hatred and fury against God, and unable to satisfy his rage against Our Savior, had turned his wrath against the Church, which, if possible, he would have driven from the face of the earth; breathing out threatenings and slaughter against the disciples of the Lord; and, nevertheless, it was then that the Lord vanquished his malice and ingratitude, touched his heart, converted him, forgave all his iniquities, even at the very time when he was most undeserving of mercy. O God! how great was the divine mercy in regard to this holy apostle! yet we every day see like effects of the goodness of God towards sinners; for when they are most hardened in their sins, and have come to such a degree of malice that they live as if there were neither a God, nor a heaven, nor a hell, it is then He manifests the bowels of His pity and His sweet compassion, sending a ray of His divine light into their souls, discovering to them their miserable condition, that they may arise from it.

But never do I read of the conversion of David without being astonished to see that this prophet, after having committed such great sins, remained for nearly a year without returning to himself, buried in a profound lethargy, never awaking or perceiving his miserable condition. O God! his sin would have been in some manner excusable, if it had been committed whilst he was yet a shepherd, tending his flocks; but that David should have sinned after having received so many and such great graces from the Divine Majesty, so many lights and favours, after having wrought such marvels and prodigies, after having been brought up in the bosom of the sweet clemency and mercy of God; that he should have committed such crimes, and remained afterwards for so long a time without recognizing them, oh, this is indeed a matter of the greatest amazement!

He commits many sins, heaping them upon one another, and lies stagnating in his iniquities for nearly a year, without perceiving his miserable state or remembering his God!Â  Behold poor David then without any disposition for grace, through his forgetfulness of God; but the divine goodness, seeing his blindness, and to withdraw him from sin, sends him the prophet Nathan, who, wishing to make him recognize his fault, uses a parable: telling him that a rich man, who had a large number of sheep and oxen, had taken away from a poor man one single little lamb, which he had nourished in his house, and which he singularly loved. See, I beg of you, how wisely the prophet speaks to him in the third person of his fault, in order to make him recognize and confess it; but David, plunged in such complete blindness as not to see his sin, does not perceive that the prophet Nathan refers to him in any manner, and pronounces sentence of death against the man who had stolen the sheep, commanding him, moreover, to restore four-fold its value.

Consider, I beg of you, how hardened poor David was in his sin, of which he had not any sentiment; but as for the faults of others, he could very well be aware of them, and knew how to impose a punishment proportioned to their guilt. But the prophet Nathan, seeing that David did not recognize his sins, told him boldly that it was he who had stolen away the lamb, which poor David understanding, being struck with contrition, he cried out: "I have sinned against the Lord." Peccavi Domino. Then Nathan said to him: "Because you have confessed your sin, God forgives you, and you shall not die."

Now, what greater effect would you wish to see of the mercy of God than this? For, at the time when David would appear to have reached the very summit of his malice, God forgave his iniquity. But what a change did he manifest after recognizing his fault! He did nothing but weep and deplore his blindness; no other word was heard from him than this, Peccavi, and, crying to God for mercy, he went about continually repeating the psalm of penance, Miserere mei, Deus.

There are many other similar examples in the Holy Scriptures, by which God has displayed to us the greatness of His mercy, and from which we see the truth of these words of Isaias: "Because their malice has come to its height, it will be forgiven them."

You need to be a member of SAINT PAUL'S GROUP ~ CONVERSIONS to add comments!