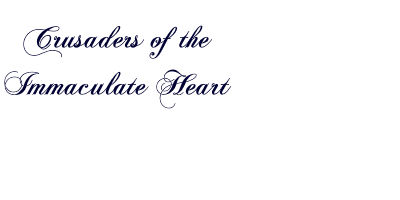 THE 1974 DECLARATION OF ARCHBISHOP LEFEBVRE 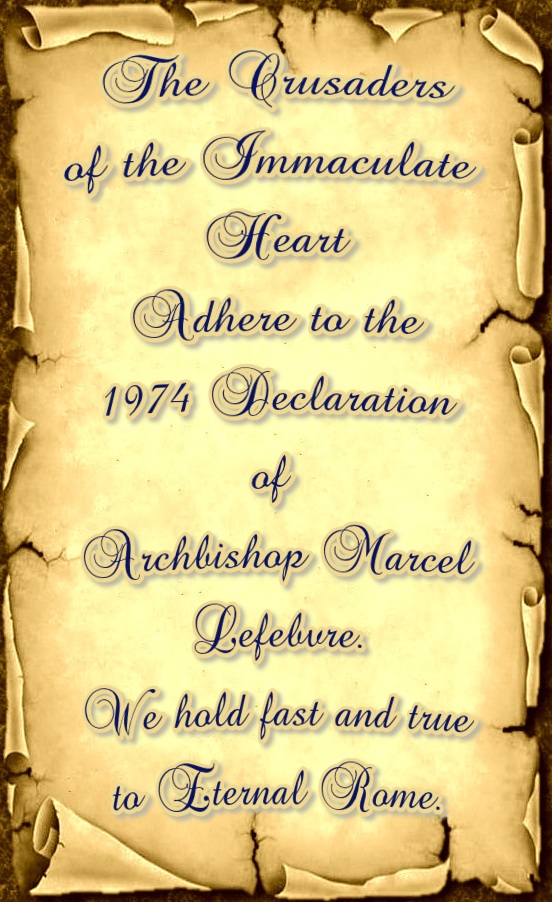 THE 1974 DECLARATION
OF ARCHBISHOP LEFEBVRE
made at Econe, Switzerland on November 21, 1974
Appendix I

On November 11, 1974, 2 apostolic visitors from Rome arrived at the International Seminary of St. Pius X in Econe. During their brief stay, they spoke to the seminarians and professors, maintaining scandalous opinions such as, the ordination of married men will soon be a normal thing, truth changes with the times, and the traditional conception of the Resurrection of our Lord is open to discussion. These remarks prompted Archbishop Lefebvre to write this famous Declaration as a rebuttal to Modernism.


We hold fast, with all our heart and with all our soul, to Catholic Rome, Guardian of the Catholic faith and of the traditions necessary to preserve this faith, to Eternal Rome, Mistress of wisdom and truth.

We refuse, on the other hand, and have always refused to follow the Rome of neo-Modernist and neo-Protestant tendencies which were clearly evident in the Second Vatican Council and, after the Council, in all the reforms which issued from it.

All these reforms, indeed, have contributed and are still contributing to the destruction of the Church, to the ruin of the priesthood, to the abolition of the Sacrifice of the Mass and of the sacraments, to the disappearance of religious life, to a naturalist and Teilhardian teaching in universities, seminaries and catechectics; a teaching derived from Liberalism and Protestantism, many times condemned by the solemn Magisterium of the Church.

No authority, not even the highest in the hierarchy, can force us to abandon or diminish our Catholic faith, so clearly expressed and professed by the Church’s Magisterium for nineteen centuries.

“But though we,” says St. Paul, “or an angel from heaven preach a gospel to you besides that which we have preached to you, let him be anathema” (Gal. 1:8).

Is it not this that the Holy Father is repeating to us today? And if we can discern a certain contradiction in his words and deeds, as well as in those of the dicasteries, well we choose what was always taught and we turn a deaf ear to the novelties destroying the Church.

It is impossible to modify profoundly the lex orandi without modifying the lex credendi. To the Novus Ordo Missae correspond a new catechism, a new priesthood, new seminaries, a charismatic Pentecostal Church —all things opposed to orthodoxy and the perennial teaching of the Church.

This Reformation, born of Liberalism and Modernism, is poisoned through and through; it derives from heresy and ends in heresy, even if all its acts are not formally heretical. It is therefore impossible for any conscientious and faithful Catholic to espouse this Reformation or to submit to it in any way whatsoever.

The only attitude of faithfulness to the Church and Catholic doctrine, in view of our salvation, is a categorical refusal to accept this Reformation.

That is why, without any spirit of rebellion, bitterness or resentment, we pursue our work of forming priests, with the timeless Magisterium as our guide. We are persuaded that we can render no greater service to the Holy Catholic Church, to the Sovereign Pontiff and to posterity.

That is why we hold fast to all that has been believed and practiced in the faith, morals, liturgy, teaching of the catechism, formation of the priest and institution of the Church, by the Church of all time; to all these things as codified in those books which saw day before the Modernist influence of the Council. This we shall do until such time that the true light of Tradition dissipates the darkness obscuring the sky of Eternal Rome.

By doing this, with the grace of God and the help of the Blessed Virgin Mary, and that of St. Joseph and St. Pius X, we are assured of remaining faithful to the Roman Catholic Church and to all the successors of Peter, and of being the fideles dispensatores mysteriorum Domini Nostri Jesu Christi in Spiritu Sancto. Amen.

I adhere to this declaration also.

"We hold fast, with all our heart and with all our soul, to Catholic Rome, Guardian of the Catholic faith and of the traditions necessary to preserve this faith, to Eternal Rome, Mistress of wisdom and truth."  (et al)

This initial statement encompasses the core of our Catholic, dogmatic truths, which are God Himself, Jesus on the Cross, and Mary standing at the foot of that Cross.  I want to thank Dawn Marie for starting this incredible project which gives much glory to Mary daily, and brings us altogether in prayer and fasting.  May Jesus and Mary continue to bless Dawn and all of us who are members of this site, united in the Blood of Jesus and the Sorrows, Dolars and Tears of Our Blessed Mother.

May God continue to bless and grace us,

Permalink Reply by John-mary chijioke mbah on July 19, 2011 at 11:54am
Thank GOD for His promise, '' the gates of hell shall NEVER prevail against the church''. I shall abide by the teachings of the Roman catholic church. IN CHRISTO REGE ET MARIA

It is impossible to modify profoundly the lex orandi without modifying the lex credendi. To the Novus Ordo Missae correspond a new catechism, a new priesthood, new seminaries, a charismatic Pentecostal Church —all things opposed to orthodoxy and the perennial teaching of the Church.

I beleve this summarizes the whole Statement of Modernism and its impossible nature of preserving our Most Beautiful Tradition set forth By Jesus Christ Himself!!!  The Boiling  Point of This. hot water Vatican II has put us jumping frogs into.  As we watch the rest of the Frogs boil!  ;, (.   For Vatican II's  Words is For Souls!!!  and Its Authors?


Which translated reads: "this council represents, both for us and for the roman authorities, a new Church, they even call "conciliar" (...) We think we may affirm, both with regard to the external and internal criticism of Vat II, that is, by analyzing the texts and studying the concordances (?) and aim of the Council that turning the back on tradition and breaking with the Church of old, it is a schismatic council (...) All these who cooperate for the application of this radical change, who accept and adhere to this new conciliar Church, as it was designated by Mgr. Benelli in the letter he addressed in the name of the Holy Father, enter into the schism."

I also adhere to this declaration .

"Obedience is a virtue intended to direct us toward good, not toward evil. To pretend not to see evil in order not to appear disobedient, is a betrayal of truth and a betrayal of our own selves."

I am a member of the Latin Mass Society named Mysterium Fidei which services the entire diocese of New Orleans, LA.  We totally adhere to this declaration.  I love the one True Holy Catholic Apostolic Faith!  Thank you heavenly Father for giving me and my group the graces, faith and the eyes to see.

I also adhere to this declaration by Archbishop Lefebvre

I adhere to this declaration .