Sister Mary Elisabeth's Letter of Explanation to the parents

†
M
4
th April 2019
Dear Parents,
As promised to some of you, I would like to give you a summary of what has motivated my resigning
from the Society of Saint Pius X twenty-five years after having received the habit of the Oblate sisters.
Since the April 2017 acceptation by the Society of the “marriage deal” offered by Pope Francis, I have
had the conviction that the Society was no longer protecting the faithful from the modernist Church.
More and more we were told that the Catholic Church and the official Church are one and the same
thing, both being visible, whereas the profession of the true Faith is the first criterion for being a
member of the Catholic Church, a criterion that modernists bishops, for instance, do not match. I
started to feel very uneasy with belonging to the Society, because it meant supporting these new ideas
that Archbishop Lefebvre had clearly refuted and against which he had warned us many times in plain
language.
I was advised to wait until the next General Chapter of the Society, due to take place in July 2018,
before making any life-changing decision. Which I did. There was an expectation that a new Superior
General would reverse the doomed course of the Society.
However, I was well aware that the Superior General’s mission is to implement the decisions of the
Chapter. Therefore, I waited until the Acts of the Chapter were published to make up my mind. On
September 18th we were sent extracts of the Acts of the Chapter. They concerned the marriages, the
Society’s relations with Rome and the prelature. At the end of this reading, all my doubts were gone
and I was sure that I had to leave the Society of Saint Pius X if I wanted to remain faithful to the
teaching and recommendations of our Founder. The asking of the delegation of the modernist bishops
for marriages was made mandatory for all priests of the Society; we were recommended to practice a
“charitable attitude” towards any bishop, clergy or faithful without qualification, as long as they were
“friendly towards tradition”. This opened the door to anything and everything in terms of
collaboration with clergy and laity who were not fully committed to the defence of Catholic Tradition.
You know which fruit these deliberately vague notions bore at Saint Michael’s School when the
Headmaster invited the conciliar diocesan bishop to lead the children’s prayer in our chapel, after
having collected for him a spiritual bouquet meant at expressing “our gratitude”. Gratitude for what?
For having said at an interfaith forum that Catholic Christians do not deny the moral freedom to
choose for or against the Truth of Christ1
? A statement which is religious liberty in a nutshell, in total
contradiction with Our Lord’s words (Mark, 16-16). Or gratitude for having asked Muslims to pray (to
whom?) for us2
?
But to return to the chronology of the events, on that evening of 18th September I decided to leave
the Society. This was however the end of the first week of the new academic year and it was obvious

1 http://www.portsmouthdiocese.org.uk/bishop/docs/20171109-BoP-Talk-I...
2 http://www.portsmouthdiocese.org.uk/enews/mosque-visit.php Note that Bishop Egan wrote “I joined them
[the Muslims in the mosque] for Friday prayers”.
that leaving at that point was not an option. So, for the sake of the children and of you, dear Parents,
I decided to stay until the end of the academic year.
One day in February, the Headmaster told me that he had invited the modernist bishop of Portsmouth
to come and visit the school. He asked me to organize a spiritual bouquet for him, which I accepted to
do, having no notion that it was meant “in gratitude”. I decided nevertheless to prepare the children
to be wary of the bishop by telling them that he did a few things that showed he needed prayers and
sacrifices like saying the New Mass and distributing Holy Communion in the hand.
At the next staff meeting, Father Brucciani told the staff that not only Bishop Egan was to visit the
school, but that he would furthermore lead the children in the prayer of the Rosary in the chapel. I
put my hand up and said that I would not go and pray with the diocesan bishop in our chapel. Although
both the Headmaster and the Superior of District spent a lot of time and energy in trying to convince
the Sisters that there was no problem with their plan, on 8th March none of the Sisters turned up in
chapel for the bishop-led Rosary, as each of them, of her own accord, had decided that she could not
in conscience attend that event. This abstention was to trigger more pressure being put on the Sisters.
This would have been something to offer up and I would still be at the school if things had stayed at
that.
However, after Bishop Egan’s visit the Headmaster told the children in a sermon on Wednesday that
the Bishop of Portsmouth was a man of good will, that he was not bad. Now if you say to a child that
a berry is not bad, she will put it in her mouth, because it means it is good, or at least harmless. But a
modernist bishop is not a harmless preacher (see above). He carries about him all of the harmful spirit
of Vatican II, destructive of the Catholic Faith. At that juncture, it became clear to me that the
children’s trust was captured for the benefit of a person unworthy of it, who had all the trimmings of
a Catholic bishop, but not the Faith of a Catholic bishop. How can children discern the fraud? On the
other hand, how could the children who knew about the problem of Vatican II understand that one of
its faithful spokesmen had led their prayer in our Catholic chapel? As Father John Brucciani had
ordered me a little before not to talk to the children about Bishop Egan, I realized that I would not be
able to protect the children’s Faith any more from this subtle poisoning of their Faith and the slow
subversion of their trust in either their parents, the Sisters or their priests, depending on whom their
limited understanding would bring them to side with.
In such circumstances my presence at the school made no more sense, as I was not there to teach
academics in the first place, but to teach the Catholic Faith and foster Catholic spiritual and moral life
in my young charges.
Additionally, every day of my presence on campus in the habit of the Oblates of the Society was a tacit
approval of the school leadership, which had become at odds with my conscience.
Consequently, I decided to leave the school during the Holy Week, so as to have time to prepare my
very young pupils and the whole primary school to my departure. I told the Headmaster unofficially
of my decision a little ahead of time of its realisation so that he, too, could have some time (five weeks)
to get everything ready for the start of Trinity term.
On 25th March I posted my resignation to the Superior General of the Society.
On 27th March, the Second Assistant to the Superior General came to our school, listen to what I had
to say about the situation in our school and parish in general and, more specifically, about the “Bishop
Egan’s crisis”. He offered me to take back my resignation, which was out of question. His conclusion
was that I had to leave “as soon as possible”. The next morning, I was not allowed to go to school in
order to avoid creating a stir.
On 30th March I left the school and the New Society of Saint Pius X in order to be able to observe
faithfully what I had promised to observe on the day of my engagement in that dearly beloved Society
as founded by Archbishop Lefebvre.
At the moment I am most charitably accommodated by faithful of Father King’s Saint Gregory’s
Mission in Southport. I can attend Holy Mass daily and prepare my next step in the religious life.
I would like to thank you all from the bottom of my heart for your truly wonderful support in the last
days of my presence at Saint Michael’s School. It helped me go through those painful hours. I was
struck by the grief that many of you expressed in one way or another. This made me more aware of
the strong bond of charity that unites us in Our Lord Jesus Christ and that we have woven together
over the last fifteen years. This bond remains untouched, it has perhaps even gained in strength while
we were sharing in the pain of an abrupt separation. I keep you all in my prayers, especially during
Holy Mass. Please, keep praying for me, too!
May Our Blessed Lady keep you all in Her Sorrowful and Immaculate Heart which will always be our
meeting point.
Yours most gratefully,
Sister Mary-Elizabeth

Sometimes the women have more courage than the men. God Bless you sister.

Sometimes the women have more courage than the men. God Bless you sister.

Thank you, Lord, for the example of this courageous and faithful nun. Bless her continuously and keep her safe. May she lead others to stand and fight for the faith.

You are in my prayers, Sister Mary-Elizabeth. Our Lady keep you. 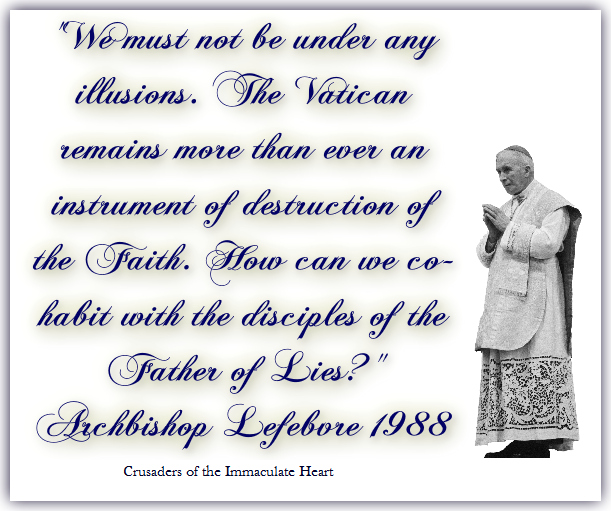 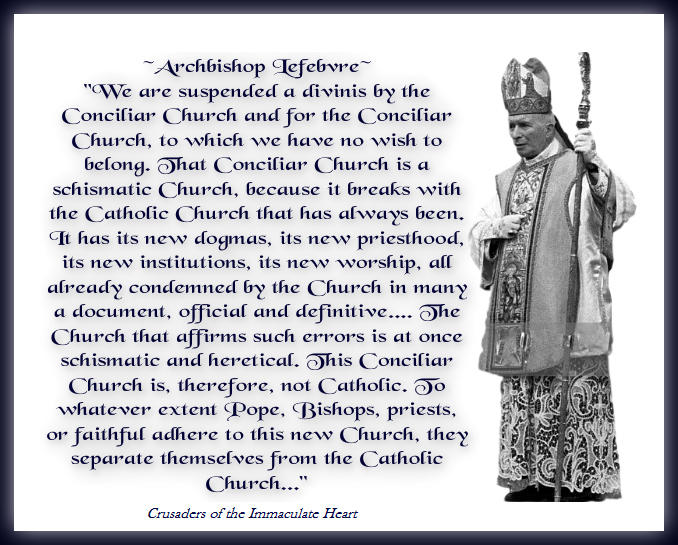