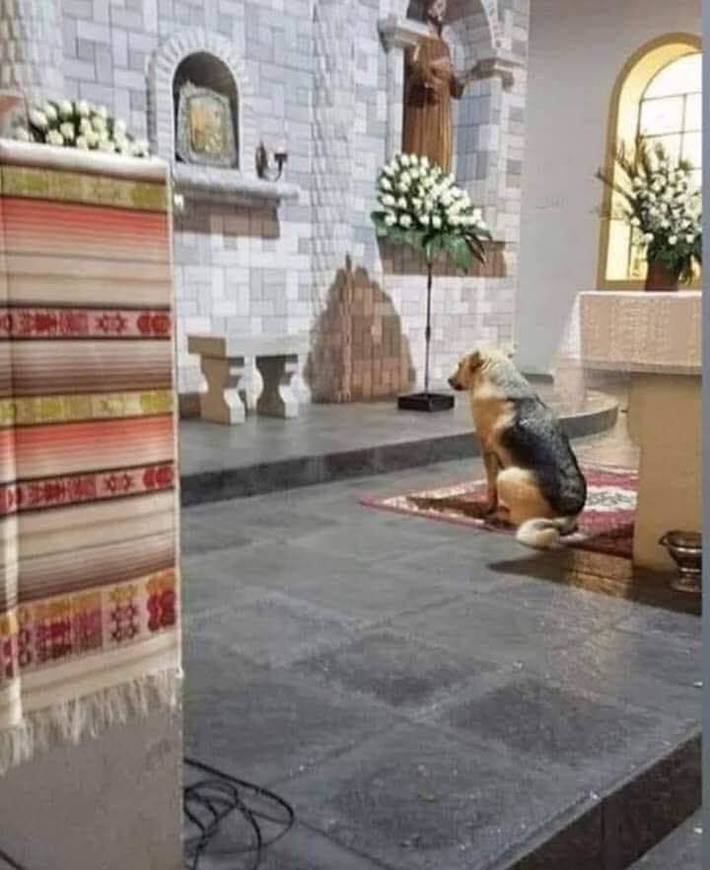 "On the evening of the last day of his October 1995 visit to the United States, John Paul II was scheduled to greet the seminarians at Saint Mary’s Seminary in Baltimore. It had been a very full day that began with a Mass at Oriole Park in Camden Yards, a parade through downtown streets, a visit to the Basilica of the Assumption, the first cathedral in the country, lunch at a local soup kitchen run by Catholic Charities; a prayer service at the Cathedral of Mary Our Queen in North Baltimore; and finally a quick stop at Saint Mary’s Seminary.

The schedule was tight so the plan was simply to greet the seminarians while they stood outside on the steps. But the Pope made his way through their ranks and into the building. His plan was to first make a visit to the Blessed Sacrament.

When his wishes were made known, security flew into action. They swept the building paying close attention to the chapel where the Pope would be praying. For this purpose highly trained dogs were used to detect any person who might be present.

The dogs are trained to locate survivors in collapsed buildings after earthquakes and other disasters. These highly intelligent and eager dogs quickly went through the halls, offices and classrooms and were then sent to the chapel. They went up and down the aisle, past the pews and finally into the side chapel where the Blessed Sacrament is reserved.

Upon reaching the tabernacle, the dogs sniffed, whined, pointed, and refused to leave, their attention riveted on the tabernacle, until called by their handlers. They were convinced that they discovered someone there.

We Catholics know they were right — they found a real, living Person in the tabernacle!!!"

What a wonderful story!  Thank you for sharing that, as well as the photo.

Blessed be God in all His wondrous works!

Thank you so much for posting.