Let us Continue the Good Work we Have Started Remembering: GOD WILL BE THE VICTOR!

With all the evil in the world multiplying and advancing with lightening speed it is easy to be cast down, however, let us not forget that the devil's days are numbered and GOD WILL HAVE THE VICTORY!

Let's be sure not to lose hope or the will to continue persevering in this fight for the consecration of Russia, the restoration of the Church and the conversion of sinners which we as a collective group of Catholics began 6 years ago.

The devil is pulling out all the stops because his time is up, the last grains of sand are falling through the hourglass of time which God has allotted him, so, we will see much evil for the next year or so but Our Lady has assured us of her victory.  May all keep the Faith and never give up.

“The universe is the work of God. He reigns over it, and every happening is according to the plans of His providence. When we believe that desertion is going to be general, we forget that a little faith is enough to give faith to the family of Jesus - like a little leaven makes all the dough rise. These extraordinary events where the mob wields the ax to undermine the work of God, serve marvelously to show His omnipotence. In every country will be seen what the people of God saw. When the Lord was wanted by Gideon to show His power against the Midianites, He had him send back most of his army. Three hundred men only and those without arms in order that it could be seen that the victory was God’s. This small number of Gideon’s soldiers, is the number of the faithful elect of this century.

You have seen with the saddest astonishment, my children, that out of all those called, the greater part, like Gideon’s army, remained weak, timid and fearing to lose their temporal interests. God sends them back, for use in His justice. God only wants those who give themselves to Him entirely. Do not be surprised at the great number who quit. Truth wins, no matter how small the number of those who love and remain attached to Him.” 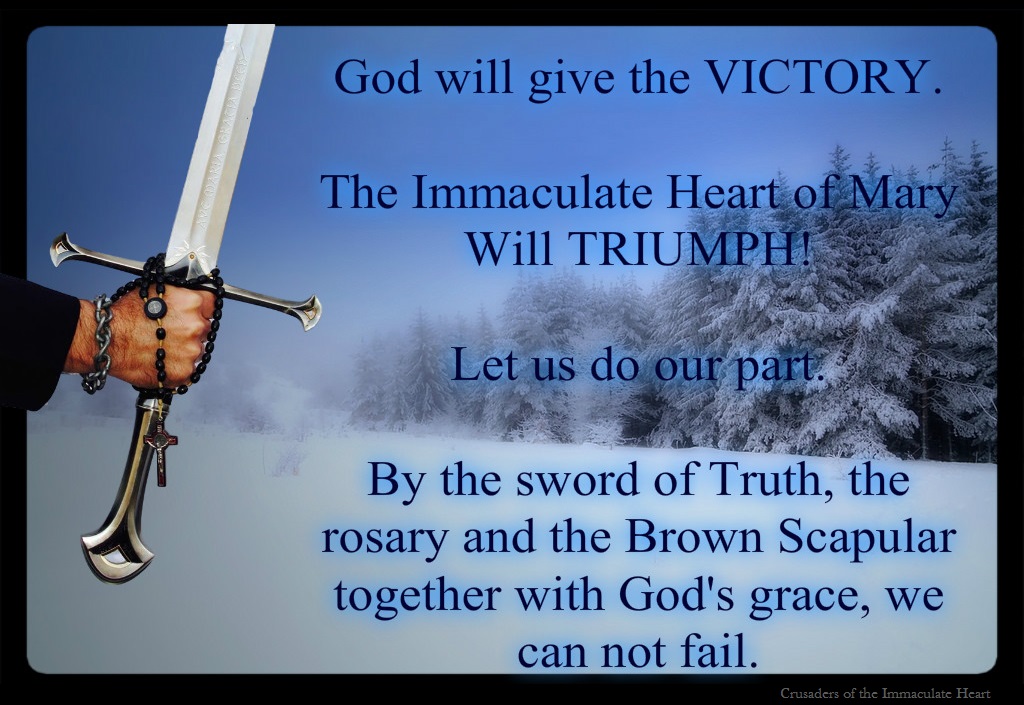 Thank you and God Bless! I needed this. This month (year, decade++) has been one of those times that, although not despair, has been one of sorrow when you see how sin has weighed the entire world down. Keep fighting the good fight! I think I should read (pray) this every day!  Thank you!