In an official letter of July 18 to Superiors of the Society of St Pius X, its General Secretary revealed the six “Conditions” for any future agreement between the SSPX and Rome. These were hammered out by discussion amongst the 39 capitulants of early July. Surely these Conditions demonstrate an alarming weakness on the part of the Society’s leaders as a whole.

The first “essential requirement” is freedom for the Society to teach the unchanging truth of Catholic Tradition, and to criticize those responsible for the errors of modernism, liberalism and Vatican II. Well and good. But notice how the Chapter’s vision has changed from that of Archbishop Lefebvre. No longer “Rome must convert because Truth is absolute”, but now merely “The SSPX demands freedom for itself to tell the Truth.” Instead of attacking the Conciliar treachery, the SSPX now wants the traitors to give it permission to tell the Truth ? “O, what a fall was there !”

The second condition requires exclusive use of the 1962 liturgy. Again, well and good, insofar as the 1962 liturgy is no such betrayal of the Faith as is the Conciliar liturgy imposed by Rome from 1969 onwards. But do we not right now see Rome preparing to impose on Traditional Congregations that have submitted to its authority a “mutual enrichment” Missal, mixing Tradition and the Novus Ordo? Once the SSPX were to have submitted to Rome, why should it be any more protected ?

The third condition requires the guarantee of at least one bishop. The key question here is, who will choose him ? Readers, in the text of any future “agreement” with Rome, go straight for the paragraph about the appointment of bishops. In 1988 Rome proposed that the Archbishop present a selection of three candidates for Rome to choose one. Rome then rejected all three. When will people get it ? Catholics must fight and fight in this titanic war between the religion of God and the religion of man.

The fourth condition desires that the Society have its own tribunals of the first instance. But if any higher tribunal is of the official Church and can undo the lower tribunals’ decisions, what Catholic decision of any Society tribunal will still have any force at all ?

The fifth condition desires exemption of SSPX houses from control by diocesan bishops. Unbelievable ! For nigh on 40 years the SSPX has been fighting to save the Faith by protecting its true practice from interference by the local Conciliar bishops, and now comes the General Chapter merely desiring independence from them ? The Society is not what it was, dear readers. It is in the hands of people quite different from Archbishop Lefebvre !

In conclusion, these six conditions are excessively grave. Unless the Society’s leadership is shaken out of its dream of peace with Conciliar Rome as revealed by them, then the last worldwide bastion of Catholic Tradition risks being on its way to surrendering to the enemies of the Faith. Maybe bastions are out of date.

Friends, prepare to fight for the Faith from within your homes. Fortify your homes.

Take courage therefore, and be very valiant: that thou mayst observe and do all the law, which Moses my servant hath commanded thee: turn not from it to the right hand or to the left, that thou mayst understand all things which thou dost. 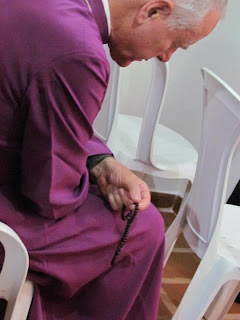 His Excellency Bp. Williamson in Brasil 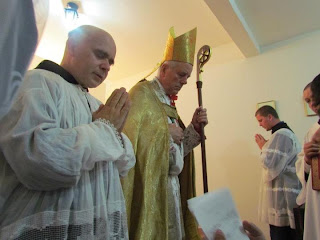